PLEASE NOTE: Due to the current restrictions for Covid none of our classes are running at the moment.

Practical Karate training will restart on May 17th.

MAX Impact training will restart on March 29th using an outside venue.

Graham began training in Judo in 1981 at the age of 10. While still studying Judo, Graham took up Ju-Jitsu in 1985 and began his study of Shotokan karate a year later. Though Graham enjoyed each of these Martial Arts, he realised he needed to concentrate on one ‘in depth’ to improve and further his study. As a result, since 1992, Graham has put all his attention into studying and developing his knowledge of Shotokan karate.

​Graham was fortunate to visit Naha, Okinawa in 1994 and trained with Soshin Nagamine of Matsubayashi Shorin Ryu and Sensei Miyazato of The Jundokan Goju-Ryu. He continues to travel across Britain to train with World Class Instructors to further his study of Karate. Graham promotes a pragmatic approach to Karate, providing a realistic, enthusiastic and enjoyable study of a wonderfully rewarding Martial Art. 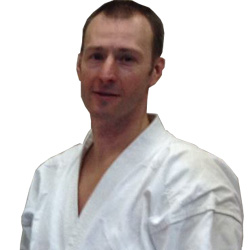 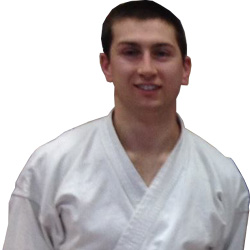 Neil began training in Shotokan Karate in 1999 with a focus on sport Karate and achieved 2nd Dan in 2006. At the same time Neil trained in Kickboxing and gained a 1st Degree black belt in 2008 whilst in the EKKA organisation. Neil travelled to China for ten months to study Nan Chuan Wushu and wrestling. In 2018 Neil gained his 3rd Dan during a grading with Iain Abernathy.

On returning to the UK Neil entered Karate, Kickboxing and MMA competitions competing both for points and full contact. In 2010 Neil decided to focus his Karate training on the more practical, self defence aspect. He trained under Iain Abernathy (6th Dan) and qualified as an instructor focusing on the practical applications of Karate kata. After experiencing martial arts such as Kuk Sool Won, Muay Thai and Sanda he devotes his time to training and teaching practical Karate for self defence.

Our Classes
Where?
When?

We offer classes in various locations in Norfolk. Everyone is welcome from beginner to those with years of experience.
Find a class

The word 'Sensei' is often translated as 'Teacher' but a better translation would be 'One who has gone before'. Read about the paths our Sensei have taken in their own Karate journeys.
Read more

If you are interested in joining our classes or just finding out more about Practical Karate then please feel free to get in touch.
Contact details